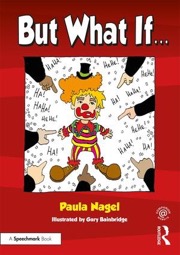 This therapeutic story focuses on worries about transition to secondary school.

Jake is in Year 6. He is worried about the transition to secondary school because he has heard many rumours, including one about the older pupils flushing first years' heads down the toilets. The story illustrates how many of the pupils share similar worries about the impending transition even though their behaviour looks different. Jake's behaviour illustrates his initial negative coping strategies as his worry grows.

This includes not talking about it, opting out of his usual interests and activities, not sleeping and becoming angry with his mother. Some of his worries are alleviated on his taster visit to the new school, especially when he plucks up the courage to go into the boys' toilets. Following a misunderstanding in the toilets with some older boys, he is able to share his worries with another pupil and use humour to reflect on his behaviour. The accompanying, 'Let's talk about worry' text shares information and facts about mental health and transition.

But What If? Workbook